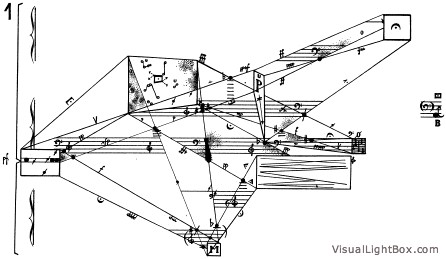 “It often seems like a well-kept secret, but there was more to the musical avant-garde of the 1950s and 1960s than an obsession with cerebral compositional systems. The ensemble Apartment House’s concert at the Almeida showcased two composers for whom pleasure and expression have always been as important as technique and structure: Sylvano Bussotti and Luc Ferrari. Both are now in their early 70s, and both were at the forefront of mid-century musical developments: Bussotti investigated graphic notation and music theatre, and Ferrari experimented with the emerging technology of electronic music.

Bussotti’s milieu in the late 1950s was the hothouse of the Darmstadt summer schools, events presided over by Boulez and Stockhausen. But whatever his connections with these icons of modernism, his own priorities were subtly different. His Sette Fogli, an “occult collection” written in 1959, presents seven sheets of elaborate graphic notation; they are works of art as much as musical scores. Apartment House performed six of these “seven sheets” as a continuous, half-hour suite. The paradox of this music is the independence of the score from any individual performance: what you see is almost impossible to relate to what you hear. But, for Bussotti, this difference is “occult”, even erotic, rather than abstract.

The freedom of Apartment House’s performance released the music’s corporeal abandon. Three players worked with the innards of a piano, making music that was both surgical and seductive, while Loré Lixenberg’s vocals were richly expressive, and percussionist Simon Limbrick played a vibraphone with a brick. The result was playful but controlled chaos.

But it was Ferrari’s Chansons pour le Corps, completed in 1994, that was most obviously focused on bodily pleasure. Based on interviews Ferrari conducted with women about parts of their bodies, these Songs for the Body are scored for tape, solo soprano and five-piece ensemble. The 40-minute work is an unclassifiable mixture of song cycle, electro-acoustic soundscape and instrumental suite.

Veering from folk-like melodies to minimalist repetition and Jarre-esque synth noises, the piece creates a weird soundtrack of everyday banality. It is an aesthetic in which every kind of music is accepted, even high modernism. The end of the piece is an ironic commentary on serial techniques, as a complex note row is created from a sequence of hackneyed, repetitive ostinatos. Apartment House revelled in the music’s urbane humour.”