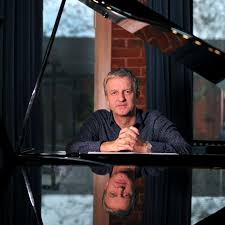 Over five consecutive days during the 2018 Huddersfield Contemporary Music Festival, Philip will be the first complete performance of Christopher Fox’s senza misura, composed for Philip in 2017. A different selection of parts will be presented each day, such that over the five days all 27 parts will have been performed. These performances constitute the British premiere, the first performances having been given at November Music in 2017.