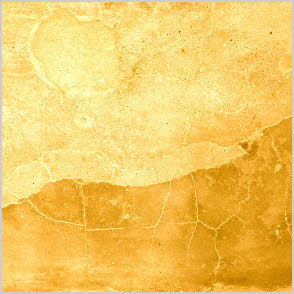 “Ah, so beautiful. Three pieces by Pisaro, two more recent works (“fields have ears” 1 & 4) bracketing a decade old composition, very well sequenced here. “fields have ears 1”, for piano (Philip Thomas) and tape is disarmingly simple, its subtlety and depth yielding to this listener only after repeated listens and absorption. There’s the tape, very rich (not sure if there’s more than one layered in), with bird and insect sounds up top, moving air in the middle and a heady, deep thrum beneath, redolent of distant highways or miles high airplanes. Between these sounds, the piano appears at intervals, the chords fairly bright sometimes, tinged with doubt or melancholy others, spaced irregularly, dabs of relatively vivid color against the complex welter of the soundscape. It’s the spacing and shift in dynamics of the piano that’s so winning, even heartbreaking at times, very much like a lone hiker’s thoughts, questioning and intensely personal, radiated into the forest for lack of someone else to listen. “fade”, for piano (again, Thomas) dates from 2000. The music is a series of single notes, each slice the same note repeated (I think) between five and ten times, generally (not always) fading during the sequence, the notes ranging across the keyboard. At first, each segment floats alone, suspended between ample and varying lengths of silence but soon there’s a wave where two or three exist simultaneously, not heard as “chords” (at least by me) but superimposed one-note patterns. That shift of larger forms, which occurs throughout, in a cycle of a few minutes, coexists wonderfully with the jewel-like effect of the individual series. It’s very calm, very surface-of-water-like, with slight shimmers that gather in a kind of natural manner, almost random but somehow purposeful. Like something from Feldman’s even more serene cousin. Finally, “fields have ears 4”, for four or more players, here by the Edges Ensemble plus Thomas, Patrick Farmer (natural objects), Sarah Hughes (zither) and Dominic Lash (double bass). It’s extremely difficult not to envision a door being gently opened and closed, allowing one to momentarily hear this quiet flurry of activity, then not. These small bubbles of sound, emerge and quickly recede, like smoke signals. These musical puffs are delicate, the piano heard among the fluttering instruments in a semi-similar regard as it was in “fields have ears 1”, single chords wafting through the lovely fog. Really a stunning piece of work, a new favorite of mine among Pisaro’s increasingly impressive recorded catalog. A great release.”
– Brian Olewnick, JUST OUTSIDE

“Fields Have Ears,’ then (the album as a whole), possesses a spareness which is not emptiness, and a real clarity – each note is weighted and considered and placed, each pause judged, each element considered. In a way, one can’t distinguish too easily between whole and parts because it’s not developmental (apart from that it occurs in time; as music, it is necessarily linear on the most basic level). Close focus is, then, on the moment, though the music is generous enough to allow for moments of inattention too, occasional drifts in concentration, without severely harming one’s ability to pick up the thread again when one zones back in. That lack of distinction between episodes, that lack of build and climax might seem like mere flatness to some, but it’s actually pretty hard to achieve, especially on a long, large-ensemble piece like ‘Fields Have Ears 4’; a state that cannot be conjured without real dedication, on the part of both composer and performers, to the particular aesthetics which enable and prompt it.”
– David Grundy, STREAMS OF EXPRESSION (see here for full review)

“Fields have ears 1 for piano and tape (2008), played beautifully by Philip Thomas, at first recalls the final section of Christopher Fox’s More Things in the Air than are Visible: melancholy piano chords float in a haze of ambient, natural sound. In the case of the Pisaro, this sounds like a field recording made in a summer meadow, surrounded by birdsong. The Fox soundtrack (or at least that on Ian Pace’s recording on Metier) is more urban, but at the same more naturalistic: there is pronounced (even enhanced?) mechanical hum and hiss on the Pisaro tape, ironically alerting us to the materiality of all every sound we hear. The piano sits somewhere within this soundscape, both artificial and completely natural. fields have ears 4 (2009), is somehow less present, in spite of its realisation here for a large ensemble of 14 instruments. As a single note on the inlay puts it, it is “intended to be very quiet, with the sounding sections being only ‘slight indentations’ in the surrounding silences”. For all that, they are fascinating indentations, like tiny geodes of sound, as though micro-climatic forces had compressed the surrounding air into miniature sonic-crystal formations. A lot of post-Cage, Wandelweiser-related pieces are impressive in their seismography of the sound/silence interface, but few pieces that I’ve heard articulate quite such a sense of depth residing behind those flickering charts. Between these two related pieces, the earlier fade for piano (2000) is much more austere: a series of tones, each different, seemingly unconnected, repeated at decreasing volumes and allowed to fade into nothing. The whole sequence spans 20 minutes. Here, without a soundtrack and very little else to cling onto, the ear’s attention is turned to the ways in which silences or unintentional ambient noise structure a composed process that is both extremely simple and completely obscure. As the piano tones fade out of sight – in absolutely predictable fashion – they invite the ear deeper into a quiet world beyond the generative, organising, cultured attack and beyond that still further into the anarchy of silence.”
– Tim Rutherford-Johnson, THE RAMBLER

“Philip Thomas’ and the ensemble’s performances on this CD are both brilliant. They have succeeded in expressing the elastic feel of time and space and mystic nuances of Pisaro’s compositions with extremely delicate touches and thoughtfully restrained expressions that have never gone too far. The careful work in sound engineering by the label owner Simon Reynell is remarkable, too – it brings out the simple beauty of each piece in a natural manner. This is a CD that may not leave you with a vivid impact during the first listen, but will pull you into the music as you listen to it repeatedly – gradually seeping into your subconsciousness with a silent, strong magnetism.”
– Yuko Zama, VIEW FROM ELSEWHERE (see here for full review)